It was the fall of 1986. I was staying with my mother during a period of transition marked by a lack of interest and direction. My mother gently asked if I wanted to see her therapist.  I’m not sure how I knew that therapy wasn’t what was needed. A few days later I was driving from Minnesota to Colorado to what was then Rocky Mountain Dharma Center (now Drala Mountain Center) for a 28-day meditation retreat.

The first week was enjoyable.  It was autumn and the Colorado landscape was stunning. I was excited to learn the art of chanting and the ritualized movements of a Zen-inspired meal ceremony. Sitting and walking meditation practice helped me work with the thought patterns that had led me into the confused and directionless state. Hour by hour, with the instructions to let go of thoughts, my heart began to lighten.

By the beginning of the third week I was less enthusiastic about the rigorous schedule.  Each day followed a similar pattern: Sit. Walk. Sit. Eat. Sit. Walk. Sit. Eat.  Repeat until bedtime. It was at times utterly boring. Is this really what I should be doing with my life? How is this going to help?

The founder of Drala Mountain Center, Chögyam Trungpa, describes two kinds of boredom – hot boredom and cool boredom.  In the third week of 9-hour days of doing “nothing,” the atmosphere in the meditation hall started to pulsate with a hot, irritated, “get me out of here” kind of boredom. In order to avoid the boredom, we broke the silence, we projected our opinions of love and hate on one another and feasted on inner dramas.   We fantasized, spaced out, perseverated, exaggerated, ignored, squirmed, and imagined our escape plan.  Hot boredom infiltrated the landscape of our retreat environment. When it was beginning to feel super-uncomfortable, the retreat leader gave a talk on boredom. He was inspired by the teachings of Chögyam Trungpa on this topic.

At the beginning, the technique may be somewhat fascinating, but it quickly becomes boring. You get tired of sitting and breathing, doing nothing again and again and again—and again. You may feel like an awkward fool. It is so uninteresting. You might resent having gotten yourself into this situation. You might also resent the people who encouraged you to do this. You may feel completely foolish, as if the cosmos were mocking you. [1]

Hot boredom. Got it. So, what is cool boredom?

Cool boredom is quite spacious, and it creates further softness and sympathy toward ourselves. In that space, we are no longer afraid of allowing ourselves to experience a gap. In other words, we realize that existence does not depend on constantly cranking up our egomaniacal machine. There is another way of existing. [2]

That other way of existing, highlighted in retreat, honors our soft spot, our genuine heart of sadness, the vulnerability of being a human being.  Does the world––your friends and family, your community, your society–– want and need this softness and tenderness from you?  Think about it for a few minutes.  Hard-heartedness or compassion?  Opinionated-ness or curiosity? Harshness towards self and other or basic friendliness? 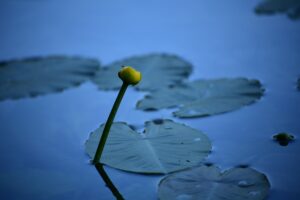 Over the years I have appreciated the simplicity of retreat.  One way to describe retreat practice is that we are shifting out of “optimizing mode” and into a sense of being. The “cool boredom” approach is to make room for everything, to relax our impulsive reaching for entertainment while relaxing into the space of doing nothing.  The more space we allow ourselves in meditation practice the more we are able to lighten up in our lives. Let things become boring.  It just might make you “cool.”

Join us at one of our upcoming events!

Please Join Our Email List to keep up with current events from The Center for Courageous Living.